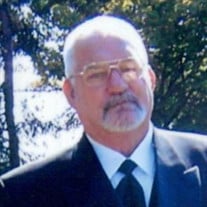 Carl “Jimmy” James Jenkins, 80, of Fairmont, passed away on Monday, November 22, 2021, at United Hospital Center, Bridgeport. He was born August 25, 1941, in Fairmont; the son of the late Lee Jenkins and Janice (Radcliff) Jenkins. Jimmy was a U.S. Army veteran. He retired from the Wishing well Healthcare Center. He enjoyed bowling and watching sports. Jimmy loved spending time with his family and friends. Jimmy is survived by his wife, Judy (Corley) Jenkins of Fairmont; his sons, Carl “Jimmy” James Jenkins II of Fairmont, Rodney Jenkins and his wife, Paula of Fairmont, Christopher Corley and his wife, Susan of Huntington, and Howard Lee Corley and his wife, Vanessa of Fairmont; his daughters, Ruth Ann Haller of Monongah, Donna Barber of Fairmont, and Kathy Jean Matheny of Worthington; several grandchildren, great grandchildren; his brothers, Doc Jenkins, Kenny Jenkins, and Dick Jenkins, all of Ohio; his sister, Jean Avul of Ohio; several nieces and nephews. In addition to his parents, Jimmy was preceded in death by his daughter-in-law, Tracy Jenkins; two brothers and three sisters. In keeping with his wishes, Jimmy will be cremated, and a memorial service will be held at a later date.

The family of Carl "Jimmy" James Jenkins created this Life Tributes page to make it easy to share your memories.

Carl “Jimmy” James Jenkins, 80, of Fairmont, passed away on Monday,...