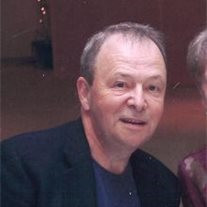 Brent Edward Beveridge, 63, of Fairmont passed away Sunday April 25, 2010 at Ruby Memorial Hospital after a brief illness. He was born July 21, 1946 in Marion County West Virginia. He was the son of Leland H. Beveridge, deceased, and Laura Delores Mason Beveridge Blank, deceased. Brent is survived by His wife Beverley Ann Norris Beveridge of Fairmont. They were married January 5, 1981. Also, he is survived by his two loving daughters Erin Rebecca Beveridge and Jessica Lynn Beveridge. He was the eldest of six children, including sisters, Jenine Ice of Treasure Island, Florida, Amy Fleming and husband Dennis of Lordstown, Ohio, Debra Scott and husband Kenneth of Independence, Virginia , Cynthia Kuntz and Husband Brian of Huffman, Texas, and Brother Mark Beveridge and wife Karen of Summerfield, North Carolina. He is the son-in-law of Edna Norris of Fairmont and Stepson of William Roy Blank of Lordstown, Ohio. Brent is a brother-in-law to Sandra and Paul Swiger and Janet and Ken Truman. Also Surviving are special nieces and nephews which include Brian and Scott Canfield, Jeremy Collins, Travis Eastham, Sarah Beveridge, Dillon Kuntz, Drew and Lee Scott, Stephanie Spevock, Steve Swiger and many other great nieces and nephews and step siblings. Brent was educated in Ohio and West Virginia. He attended grade school in Lordstown, Ohio and graduated from Fairview High school 1964 and graduated college from both Fairmont State and West Virginia University. He gained an under graduate degree in political science at FSC and his law degree from WVU in 1973. He was a member of the Theta Xi fraternity at Fairmont State. After college he began practicing law. He had practiced law in Marion, Monongalia, and Harrison Counties. He is a member and past president of the Marion County Bar Association, the Association of Trial Lawyers of America, also a member of the Supreme Court of Appeals of West Virginia, the United States District Court Northern District of West Virginia and the Supreme Court of the United States of America. He also was a part time Instructor of Business Law and Criminal Justice from 1975 to 1985 then from 1988 through 1989. He also served as the attorney for the town of Fairview from 1984 through 1993. Brent was also instrumental in helping the widows of the Number 9 mine disaster secure their rights and the rights of their loved ones. He was a member of the Meadowdale United Methodist Church H&H chapel. He has taught adult Bible School faithfully for the last 26 years. Brent was a member of the Humane Society and served on the board from 1984 through 1990. He also served on the Salvation Army Board from 1988 through 1993, the Scotts Run Settlement House board from 1980 through 1990. He loved athletics both to coach and play. He played Basketball, Baseball, and Softball and coached all three throughout the years. Brent was a devoted fan of both West Virginia basketball and football. He loved the Cleveland Indians and the Cleveland Browns. He loved to walk and ride his bike. He never stopped wanting to learn and constantly read historical and religious texts. He will be dearly missed by all lives that he has touched. Friends may call at the Carpenter and Ford Funeral Home, 209 Merchant Street, Fairmont on Wednesday from 1-9 p.m. and Thursday from 11 a.m to 1p.m. Funeral Services will be held at Carpenter and Ford Funeral Home on Thursday, April 29, 2010 at 1:00 p.m. with Pastor Tom Shepherd officiating. Burial will follow at Harmony Grove Cemetery in Taylor County. Online condolence may be left for the Beveridge Family at www.carpenterandford.com

Brent Edward Beveridge, 63, of Fairmont passed away Sunday April 25, 2010 at Ruby Memorial Hospital after a brief illness. He was born July 21, 1946 in Marion County West Virginia. He was the son of Leland H. Beveridge, deceased, and Laura... View Obituary & Service Information

The family of Brent Edward Beveridge created this Life Tributes page to make it easy to share your memories.