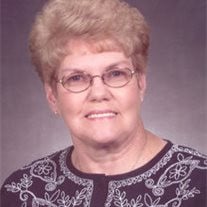 Barbara “Bobbi” Vincent Prendergast, 67, of Fairmont passed away on Monday, June 22, 2009 at her home in Taylor County. She was born in Radford, Virginia on March 17, 1942 the only daughter of Bernice Spicer Vincent Brandon of Taylor County and the late Virgil Vincent. Bobbi was preceded in death by her beloved husband, James Prendergast. She retired from Philips Lighting Company. In addition, she was a homemaker, a devoted mother, daughter and grandmother. Bobbi graduated from East Fairmont High School in 1960 and was a member of the Immaculate Conception Catholic Church. In addition to her mother, she is survived by her daughters, Kimberly Mezzanotte of Charles Town and Dawn A. Owens and her husband Dr. Robert Owens of Southlake, Texas; her very special grandchildren, Nicholas Mezzanotte of Charles Town, Molly Owens, Caitlin Owens and Conner Owens all of Texas; her fiancee and dear friend, Warren Woody of Fairmont; her aunt Nora Batteiger of Fairmont; her special lifelong friend, Rhoda Miller and her family, Gary Miller, Jeff Miller and Jeri Jo Miller; a niece and nephew Janelle Vincent of Ohio and David Vincent of North Carolina; along with a host of good friends, especially her friends from her High School Class of 1960. In addition to her father and husband, Bobbi was preceded in death by her step father, Robert Brandon and her brother, John David Vincent. Friends may call at the Carpenter & Ford funeral Home, 209 Merchant Street, Fairmont on Sunday from 2pm to 9pm and on Monday from 9am to 10:30 am. A scripture service will be held at 8:30pm on Sunday at the funeral home. A Mass of Christian Burial will be celebrated at 11am on Monday, June 29, 2009 at the Immaculate Conception Roman Catholic Church on Maryland Avenue in Fairmont with Rev. Patsy Iaquinta as the celebrant. Interment services will follow at Holy Cross Cemetery. Online condolences may be sent to Bobbi Prendergast's family at [email protected]

Barbara &#8220;Bobbi&#8221; Vincent Prendergast, 67, of Fairmont passed away on Monday, June 22, 2009 at her home in Taylor County. She was born in Radford, Virginia on March 17, 1942 the only daughter of Bernice Spicer Vincent Brandon of... View Obituary & Service Information

The family of Barbara "Bobbi" Vincent Prendergast created this Life Tributes page to make it easy to share your memories.