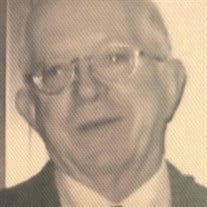 Arthur David Sanders, 77, of Shinnston, passed away at his home on August 14, 2019. He was born on November 04, 1941, in Hammond, a son of the late James A. Sanders and Delphia V. (Herndon) Sanders. After graduating Fairmont Senior High School in 1961, Arthur went on to proudly serve his country with the Hq Co 50th Sig Bn (AbnC) 3d United States Army from 1961-1964, during the Vietnam War, serving eleven months in Vietnam. He was awarded the Armed Forces Expeditionary Medal. He worked as a Military Generator Repairman, Bombardier Aerospace Airplane Mechanic, and an ECS Design Draftsman, as well as being a farmer. He was a devout member of the Fellowship Baptist Church. He will be remembered for his love of hunting, farming, fishing, but most of all, of his family and friends. Arthur is survived by his loving wife of 53 years, Betty J. (McCord) Sanders. He is also survived by his sons, Kenneth A. Sanders and his wife Jill, of Shinnston, and David A. Sanders and wife Kelly, of Fairmont; his daughters, Diane R. Anderson and husband, Michael, of Kentucky, and Alice C. Spainhower and husband Brian, of Colorado; his brother, James P. Sanders, of Barrackville; and grandchildren: Jonathan and wife Julie, Heather, George and wife Lupe, Steven, Jennifer, Brayden, Bryston, Trinity, Mikayla, and Chloe Anderson, Tristan and Sarah Spainhower, Landon Sanders, and Madison and Gavin Sanders. In addition to his parents, he was preceded in death by sisters, Barbara (Sanders) White-Sacra and Helen (Sanders) Hunt. Family and friends are welcome to call at Carpenter and Ford Funeral Home, 209 Merchant St., on Thursday, from 3 p.m. – 8 p.m. and on Friday, from 11:30 a.m. – 1 p.m., with services taking place at the funeral home on Friday, August 16, 2019 at 1:00 p.m., with Brother David West officiating. Interment will follow at the West Virginia National Cemetery, with Full Military Honors provided by the Marion County Veterans Council Honor Guard and United States Army Reserves from Camp Dawson.

Arthur David Sanders, 77, of Shinnston, passed away at his home on August 14, 2019. He was born on November 04, 1941, in Hammond, a son of the late James A. Sanders and Delphia V. (Herndon) Sanders. After graduating Fairmont Senior High School... View Obituary & Service Information

The family of Arthur David Sanders created this Life Tributes page to make it easy to share your memories.

Arthur David Sanders, 77, of Shinnston, passed away at his home...