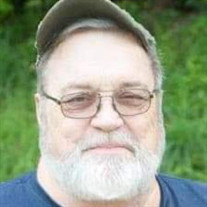 Arnold A. Kittle, 76, of Fairmont, passed away on Saturday, October 10, 2020, at J.W. Ruby Memorial Hospital. He was born on August 04, 1944, in Fairmont, a son of the late Willis Edward and Thelma Ruth (Baker) Kittle. After graduating East Fairmont High School, Arnold also went on to graduate from Fairmont State with a bachelor’s in Education and West Virginia University with master’s in Safety Management. He worked for the WV Department of Natural Resources, WV Department of Human Resources, and the WV Department of Highways. He also worked for East Fairmont High School, Fairmont Senior High School, North Marion High School, and Rivesville High School as an Industrial Arts and Driver’s Ed Teacher. He retired from the Marion County Board of Education with 34 years of service. He was a member of the Fairmont Lions Club, Moose Lodge no. 9, the Fraternal Order of the Eagles, the Good Guy Rod and Custom Car Association, Marion County Democratic Men, Big Boy Toys, the MCEA, the WVEA, the NEA, the NRA, and the West Virginia Driver’s Education Association. He cared deeply for his community. He also enjoyed antique cars, gardening, and hunting, but most of all spending time with his family, especially his grandchildren. Arnold is survived by son, William Lee Kittle, of Fairmont; daughter, Tracie Lynn Scott and husband Mark, of Fairmont; grandchildren: Chelsea Talerico and husband Mychal, Zach Swiger and wife Helena, and Landon; and great-grandchildren: Rylee, Carter, Bryson, and Aubrey. In addition to his parents, he was preceded in death by his wife of 44 years, Helen Louise Kittle, who passed away on February 21, 2012. He was also preceded in death by his daughter, Tanya Louise Kittle; granddaughter, Kirsten Glover; infant sister, Wanda Kittle; and special great uncle, Jim Reeves. Family and friends are welcome to call at Carpenter and Ford Funeral Home, 209 Merchant St., Fairmont, on Tuesday from 5 p.m. – 8 p.m., Wednesday from 1 p.m. – 8 p.m., and on Thursday, October 15, 2020, from 10 a.m. until the service at 11:00 a.m., at the funeral home, with Pastor James Saunders officiating. Interment will follow at Mt. Zion Cemetery.

Arnold A. Kittle, 76, of Fairmont, passed away on Saturday, October 10, 2020, at J.W. Ruby Memorial Hospital. He was born on August 04, 1944, in Fairmont, a son of the late Willis Edward and Thelma Ruth (Baker) Kittle. After graduating East... View Obituary & Service Information

The family of Arnold A. Kittle created this Life Tributes page to make it easy to share your memories.

Arnold A. Kittle, 76, of Fairmont, passed away on Saturday, October...