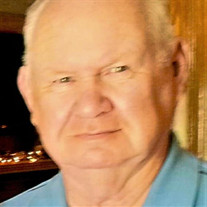 Albert “Earl” Hohman, 77, of Fairmont passed away on Monday June 18, 2018, at his home surrounded by his loving family. He was born on October 4, 1940, in Grafton, a son of the late father Lawrence Clarence Hohman, his wife Laura (Phillips) Hohman, and his late mother, Georgia (Bunner) Hohman. He leaves behind his loving wife of 57 years, Judith Bartholow Hohman. He is survived by his sister, Susan Davis, of Newport News, Virginia. Survivors also include his daughters, Denise (Hohman) Daniels and her husband, Alan, of Farmington; Lori (Hohman) Compton and partner, Daniel, of Hurricane; his grandchildren, Ashley (Daniels) Kallop and husband, Andy, of Fairmont; Robbie Compton, of Fairmont; and Lindsay (Daniels) Arnold and husband, Shane, of Charleston. He also leaves behind one great-grandson, Grayson Alan Kallop. Earl graduated from East Fairmont High School, class of 1960. He worked at Owens-Illinois and retired from Novelis, in Fairmont. To honor his wishes, Carpenter and Ford Funeral Home will be coordinating his cremation. A celebration of Earl’s life will be held at a later date. The family would like to especially thank Kim Boyce, Judy Wagner, Pastor Larry Buckland, and Daniel McClanahan – our special angels, as well as his beloved friends at Hardee’s.

The family of Albert "Earl" Hohman created this Life Tributes page to make it easy to share your memories.

Albert “Earl” Hohman, 77, of Fairmont passed away on Monday June...